This article is about the invention. You may be looking for the novel named after the invention, The Time Machine (Novel)

The Time Machine is a vehicle invented by The Time Traveler that allows him or her to travel through time.

The Time Traveler may use it to remain in a fixed spatial position in relation to the Earth, but moves rapidly through time using control levers to control the rate of temporal acceleration, allowing the user to see the world moving rapidly or slowly, similar to a video tape set to fast-foward. ("The Time Machine")

Don't do anything that can affect the future like people or animals can disappear you can clone your self as a baby your house can look different and many more.

The Time Machine runs off a mysterious crystalline substance called Plattnerite, which is suffused into quartz rods, and the chronometic dials which helps in the navigation of machine works by noting the stress on a platternite doped quartz bar, although other sources indicate the material was held inside a special box to prevent radiation poisoning. This radioactive substance is an effective energy source, and helps the time machine to generate an Attenuation Field that enables it to travel through time. ("The Time Ships", "The Wee Time Traveler", "The Space Machine")

With slight alteration, the machine's basic function allowed it to travel through space, rather than time, or even both simultaneously. In fact, one engineer once built an advanced model with controls for all three variables (future, past, and space), as well as a map to navigate. ("The Space Machine", "Timeslip Troopers")

The Time Traveller sits on a saddle inside the machine, and if he sticks his hand outside the temporal field then he'll feel pain as time accelerates. A similar incident involving someone half inside the time field will experience no side effects as long as the machine doesn't accelerate into the past or the future. If the machine accelerates into the future, then the individual would age to death before becoming a skeleton which will break part as time is forwarded. If the machine accelerated into the past in an incident like this, then the individual will regress into childhood presumably. ("2002 Film")

In some sources, the chronometic dials are adpated from steam gauges that count the number of days, or are simply built along the calender system by other versions of the Time Traveler.

After The Time Traveler first obtained Plattnerite, he experimented with it, first using it to power other machines, such as his mechanical bicycle and a flying machine. However, for different reasons he considered both endeavors to be failures and instead began work on a time machine. ("The Space Machine")

During the machine's initial testing phase, Edward Turnbull and Amelia Fitzgibbon took the machine on its first voyage, unknown to The Time Traveler. The machine took them to the year 1903, where they witnessed a world at war with Mars, and then, by accident after one of the components had been loosened, it took them through space to the planet Mars. The machine then automatically returned to the Time Traveler's laboratory in 1893, without its passengers, never having been missed. ("The Space Machine")

In 1893, the machine had been completed and the Time Traveler took it on a voyage into the year 802,701. There, the machine was stolen by the Morlocks and dragged it inside their Sphinx, where they took it apart and put it back together, attempting to learn its function. Finally, the machine was used as bait in order to lure The Time Traveler into a trap. He willingly entered the trap, knowing he could escape on The Time Machine. ("The Time Machine: An Invention")

Based on the knowledge learned from taking it apart, the Morlocks were able to create a fleet of identical Time Machines, which they used to invade their far future, which was inhabited by intelligent Crab monsters. ("On the Surface")

The Time Traveler intended to use the machine to return to the future and rescue Weena. At this point, the timeline splits. ("The Time Machine: An Invention", "The Time Ships", etc.)

The Time Traveler traveled forward in time to the year 657,209, where he saw that history had unfolded differently than the first time he'd traveled through time. A Sphere had been constructed around the sun. When he explored this era, encountering Morlocks, he attacked some of them who were investigating his machine, before being apprehended and questioned by Nebogipfel.

The two would then travel back in time to The Time Traveler's past, before the construction of the machine, where they met Moses. Then, the three time travelers, along with the machine, were captured by future British time travelers and taken to their city. They never recovered The Time Machine, instead escaping on a Time Car. Much later, however, the Intelligent Universe sent The Time Traveler into his own timeline and restored to him The Time Machine. He used it to return to 802,701, where he finally rescued Weena. He then began to take apart the machine. ("The Time Ships")

In another timeline, The Time Traveler stopped first in the 40th Century where he picked up some supplies before going to the future to rescue Weena. He then took her back in time to the 40th Century, where the two settled down and began attempting to create an alternate timeline in which Humanity does not decline. Again, he took apart the machine. ("The Time Machine: A Sequel")

This story may be a part of one of the other timelines described here; for example it doesn't necessarily contradict The Time Ships.

After rescuing Weena, the Time Traveler returned to the past for unknown reasons, and only returned years after his initial visit. He met an older, wiser (if more devious) Weena, and his fellow time travelers Lara Myers and The Squirt. The Time Machine was not taken apart, but its source of Plattnerite was given to Myers to give to Andrew McDonald in the past so that he could create the Quicksilver time machine. ("The Wee Time Traveler")

Beyond the Time Machine[]

The Time Traveler first stopped in the 33rd Century, to upgrade his machine using future technology. He turned it into a machine that could fly and hover above the ground rather than simply a time machine. He also built a protective dome over it. He then used it to rescue Weena and traveled back through time with her to the 33rd Century, where the two settled down and had children. After a great many time voyages, the machine broke down, and Time Traveler Two, who had been retrieved from the past, helped to fix it, during his stay of several months. Then, he and Narra Morris used the upgraded machine to visit Mor. ("Beyond the Time Machine") 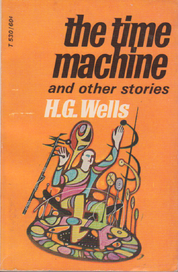 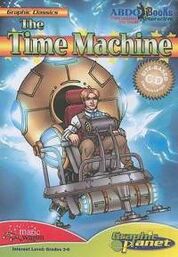 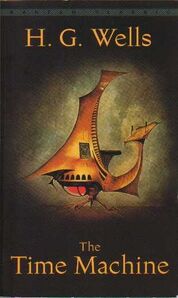 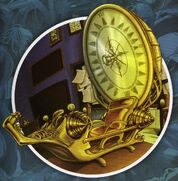 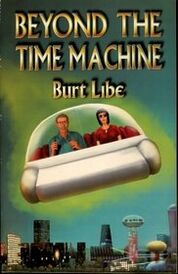 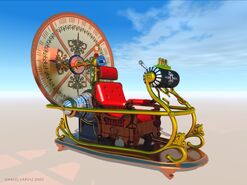 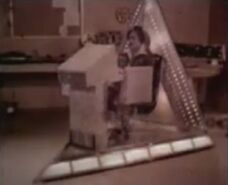 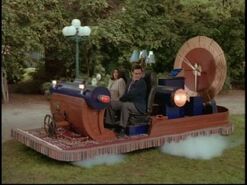 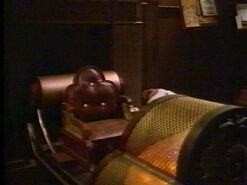 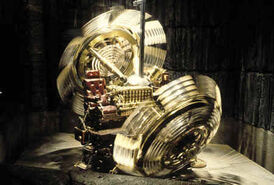 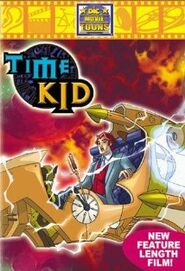 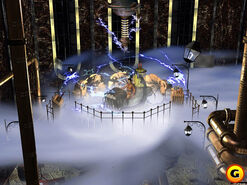 The New Adventures of the Time Machine 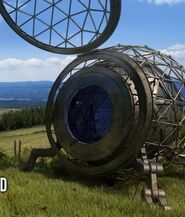 The Time Machine: Trapped in Time 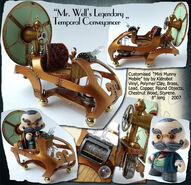