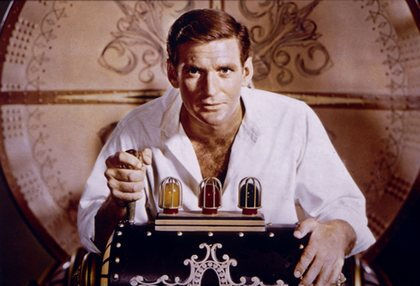 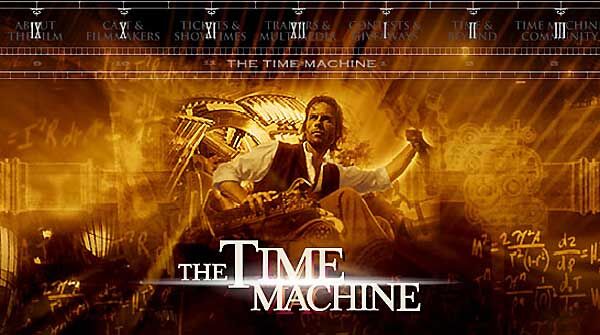 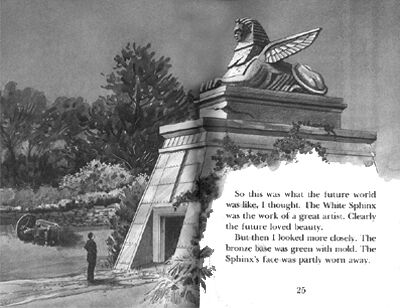 We include all information about anything related to The Time Machine, its sequels, movie adaptations, and related works. We will also include information about other works, such as When The Sleeper Wakes, that are set in the same universe as The Time Machine (but no info from unrelated works by H.G. Wells), and any movie adaptations or sequels to those. We are currently working on 273 articles since May, 2009.

For detailed information on what sources should be used and how, see Time Machine Wiki:Sources.

About The Time Machine[]

The Time Machine is a science-fiction series which began as a novel by H.G. Wells, which in turn was a remake of an earlier short story of his called The Chronic Argonauts. The principle concept of the series is that an inventor known only as The Time Traveler has created a Time Machine capable of taking him into the future or the past as he pleases. In the future, he finds a decayed world where Humanity has evolved into separate species: the Eloi and the Morlocks. Wells also wrote another sci-fi novel, When The Sleeper Wakes, which sheds some light on how the world of the Eloi and the Morlocks came to be.

The book was adapted a few times into movie form, most notably as The Time Machine (1960 Film) and The Time Machine (2002 Film). There have been a number of other film and television appearances as well. Additionally, some other authors have written sequels to Wells' original novel, most notably Stephen Baxter's The Time Ships, an authorized sequel which expands the concepts of the original novel, introducing new races, new scientific explanation of time travel, and new characters. In 2011, Syfy released Morlocks, a made-for-tv movie that puts a new twist on Wells' original story.

This wiki covers all published sources related to The Time Machine, its sequels, movie adaptations, etc.

Community content is available under CC-BY-SA unless otherwise noted.
Advertisement