The Time Machine Wiki
Register
Don't have an account?
Sign In
Advertisement
in: 1960 Film, Eloi, Love Interests of The Time Traveler, Characters

Weena is an Eloi female who befriends The Time Traveler during The Time Machine. In certain versions, there's a romantic connection between the two.

The Time Traveler first met Weena when she was drowning in a river, her Eloi friends ignoring her plight. He dove in and rescued her, and she quickly rewarded him with her affection and became devoted to him. As he explored the landscape, hoping to find The Time Machine, she accompanied him.

The only place she refused to follow was into the Morlock Wells, of which she had an instinctive fear. When the Time Traveler descended into one of the wells, she despaired. He finally returned to the surface and was reunited with her.

As the two tried to make their way back to the Eloi dome, they were ambushed in the forest at night. In the ensuing struggle, a forest fire was started, and the Time Traveler lost her to the Morlocks. Unable to find her, The Time Traveler returned to his own time. ("The Time Machine")

There have been several different recorded timelines in which The Time Traveler returns and effects Weena's rescue from the forest fire in different ways..

When the Time Traveler returned to the world of the Eloi and the Morlocks, after a series of adventures in alternate timelines, he found Weena being taken away by Morlocks. He was able to get her away from them and wash her up by a river, and was barely able to revive her as she wasn't breathing. She then stayed alongside him as he began to teach the Eloi about their heritage and civilization. The Time Traveler eventually attempted to descend into the Morlock realm and teach them, as well. By this point he had mostly disassembled the Time Machine. ("The Time Ships").

The Time Traveler returned to the future, meeting Weena shortly before she was lost in the fire. While The Time Traveler's past self slept, Weena explored at night with the other Time Traveler. They found a Star in the Dusk, the so-named library computer system, which Weena allowed to download itself into her brain. Shortly thereafter, The Time Traveler took Weena in his Time Machine and took her to the past before the fire occurred. They began a life together in the 40th century, where her knowledge was shared with the inhabitants there in the hopes of preventing Weena's home era from ever forming. ("The Time Machine: A Sequel")

The Time Traveler returned to the moment after Weena was lost in his Time Machine, transformed into a Timeship using technology from the 33rd century. Hovering over the terrain, he picked her up before she was taken by Morlocks and escaped back into the past. The two found a sufficiently advanced era and settled down into it together. This was the city of Lonn in the 33rd century, which was a super high tech utopia. However, Weena wasn't intelligent enough to fit into this world, and so had to stay in her own Eloi habitat. They had three daughters and two sons together, including Belinda, Tala, and Narra Morris. ("Beyond the Time Machine")

In one timeline, which was created by an army of time traveling Morlocks, Weena was killed by Grach roughly three years after the Time Traveler's initial visit, as the Morlocks exterminated all of the Eloi in the Domed Pavillion. She looked at Grach with defiance before she died. ("On the Surface")

The account from The Wee Time Traveler seems to fit more or less with the events in The Time Ships, and perhaps some other timelines with some unexplained discrepancies. This makes its placement uncertain.

For unknown reasons, The Time Traveler vanished into time, apparently having rebuilt his machine, leaving Weena alone. She continued his work for years, learning English from the Hall of Rememberance and forming the Eloi Liberation Front in preparation for his return. Before he did, she met Lara Myers and The Squirt, thinking they'd been sent by The Time Traveler. When she realized they weren't, she inducted both versions of Lara into the ELF and embarked on a mission to retrieve Lara's time machine, the Quicksilver, from the Morlocks. Once their team retrieved it, Weena and her two Eloi companions stole the machine and escaped into the past with it, looking for The Time Traveler. Unfortunately they overshot his era and went into the distant past, where her companions hid in a mound and refused to leave. Weena returned to the future alone, where she found that The Time Traveler had finally returned, looking for her. The two resumed their romance, and Lara was allowed to leave with Quicksilver; he gave her his Wellsite, trapping him in the future with Weena. ("The Wee Time Traveler")

COME FIND ME ​A Sequel to H.G. Wells' The Time Machine: An Invention by Mike Arsuaga

Nearing the end of her life and in fragile health, Ally Corrigan, the world’s richest woman, summons young journalist Kris Parsons for a tell-all interview. He expects to learn the secrets behind the unparalleled financial success of her and deceased husband, Joe, that began, more than sixty years earlier, when they stepped from the Maine backwoods to claim a multi-million-dollar lottery prize.

At the end of an incredible narrative about love found, lost, and rediscovered; a people’s redemption; and Weena’s adaption to twenty-first century life, Kris doubts his host’s sanity, but she has a final proof.

History in Other Continuities[]

Weena met George when he saved her from drowning in a river. She spoke a simple form of English and accompanied him on his travels to find The Time Machine and discover the truth of the world. He taught her and her people to fight back against the Morlocks, rescuing her after she was summoned into the White Sphinx. When George disappeared inside the Sphinx shortly thereafter in order to retrieve the Time Machine, the doors closed behind him. Weena and the other Eloi were left beating at the door. Using the time machine, however, George materialized outside the door after a return trip to his own era. ("The Time Machine")

Weena and George spent many years together, building a new world for the Eloi. ("Time Machine: The Journey Back") 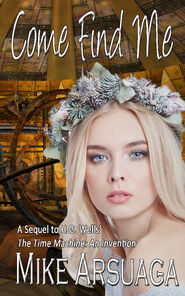 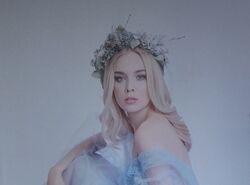 Weena from "Come Find Me", the 2018 Sequel to THE TIME MACHINE 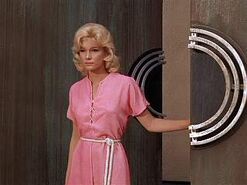 Yvette Mimieux as Weena in the 1960 film. 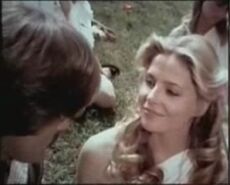 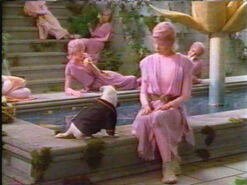 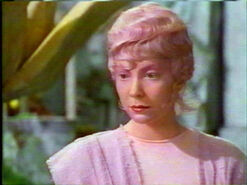 Closeup of Weena, from Wishbone. 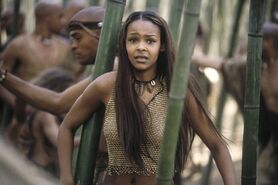 Samantha Mamba as Mara, a modernized Weena in the 2002 film.

Community content is available under CC-BY-SA unless otherwise noted.
Advertisement